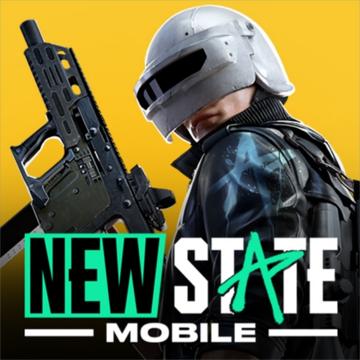 The games from the battle royale genre have grown more since the original release of battle royales on mobile. Whether you like it or hate it, these games have a massive impact on mobile gaming. And PUBG Mobile is undoubtedly the biggest name in the battle royale games, which have a huge fan base worldwide. Similarly, its new edition PUBG New State Apk, released recently, is also getting a great response.

PUBG: New State is the reboot version of the PUBG, where you will experience futuristic action-packed gameplay. There’s isn’t much to say about this version as it is the same game reskinned with a more aesthetic action with some new features to bring back the veteran PUBG Mobile players and attract the new fans of the battle royale games lovers.

The current version of this game features three maps, two of which are battle royale and the other being team deathmatch. The new version of erangel, this time set in 2051, has gone through some changes though it still maintains the same vibe it had, which had made it, so fun to play. You will also notice a decent upgrade in the graphics as well as some physical changes in the buildings, which decayed over time.

The most prominent one of these changes is the more holes inside the buildings, and we all know if there is a hole, there is a way. It means now you will have more ways to travel and hide in the buildings. Another best thing that you notice in the game is the improved parkour system, which lets you hold down the jump button to automatically Walt over the objects and leg grab by double-tapping it.

In PUBG: New State, you will notice many new excellent mechanics and features, and with the addition of the shoulder view button, your gameplay will improve slightly as this feature will help you to get more clearer view when aiming as it allows you to pair with a slidable peak option and gives you more cover fire type scenarios.

In addition to that, you will now have the ability to roll in combat by double-tapping the crouch button. This can be done in various directions and positions, and it is probably going to be key when playing fast-paced game modes such as team deathmatch.

The weapons in the PUBG: New State apk play and sound almost exactly like they did in PUBG mobile. Some new weapons were added in the melee section, most notably the shovel, the wrench, and the hatchet. Along with that, you will be able to control all the guns comfortably as there are various types of new attachments available now with which you can fully optimize your firearms.

Along with new features, there are some additions to the user interface, one of which includes a more efficient way of discarding ammo and extra gear. There is also a new change that allows you to store items in your inventory inside the vehicle’s trunk, letting you have some extra space in your backpack.

In this version of the game, you will have a variety of maps to play, and one of its new and best battle royales maps, troy, is about the same size as an erangel, and it is also set in 2051. It has some rather exciting lore behind it. However, similar to its erangel map, you are also pitted against 100 other players where your aim is to be the last man standing. But you will get to explore some new weapons and locations on this map.

We all know that PUBG New State is banned in some countries, and we cannot download it from the play store. So to overcome this problem, we had provided apk version of PUBG New State. So everyone from anywhere can download and play this game without any restrictions.

As we all know how greater impact PUBG Mobile has created in the mobile gaming world. This is probably the most played game globally as people of every age are addicted to playing this game. And if you are also a PUBG lover, there is good news for you as the same franchise has released a reboot version of this game named PUBG New State.

In this new sequel, you will experience many significant improvements, incredible features, dynamic graphics, next-generation gameplay, and a lot more. So if you are unable to download this game from the play store and search for any trusted source, you can download the PUBG New State apk from TechyMotion.

You are now ready to download PUBG: NEW STATE for free. Here are some notes you should consider: